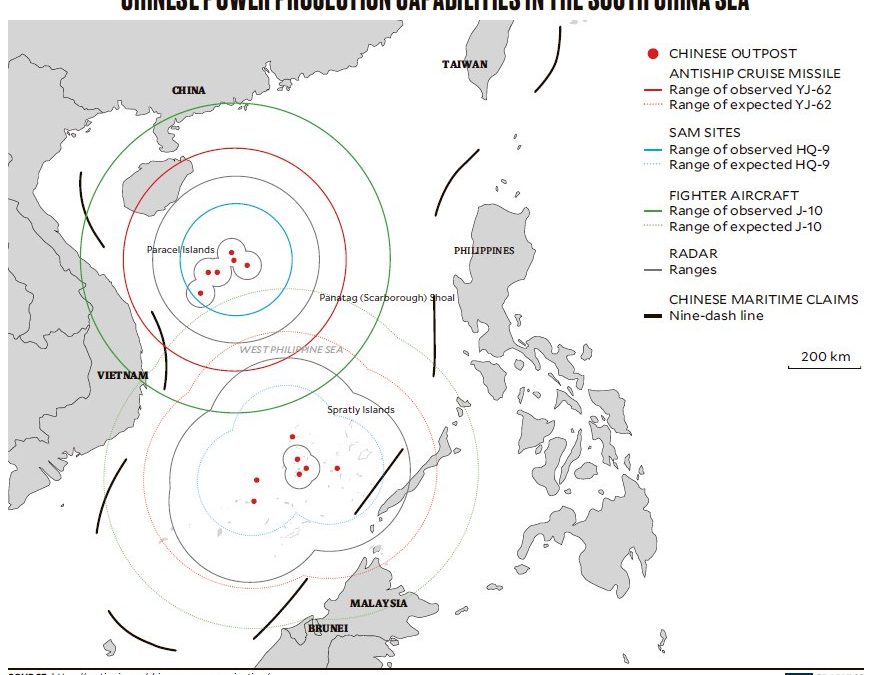 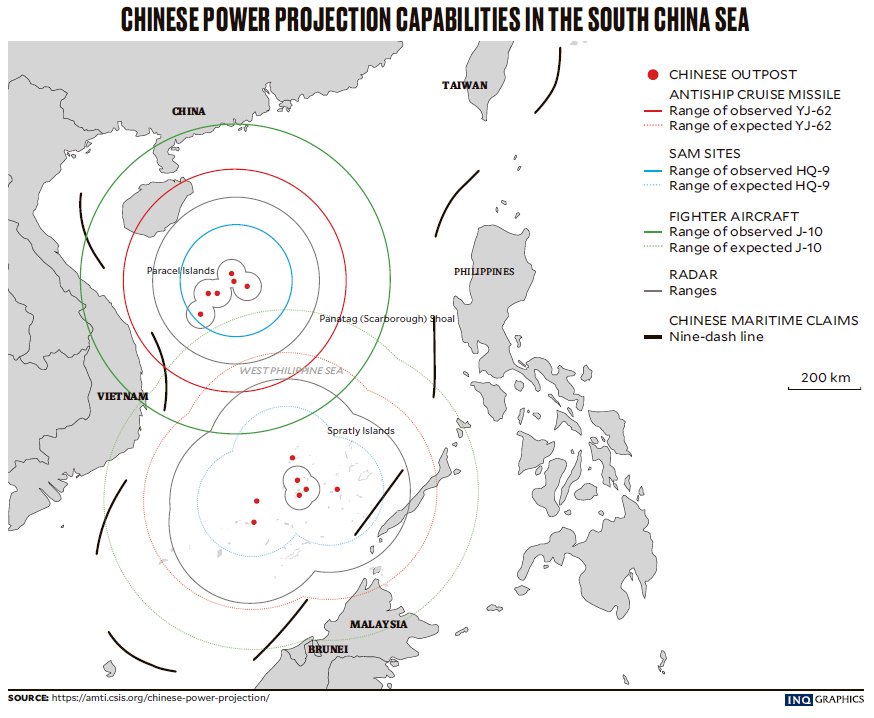 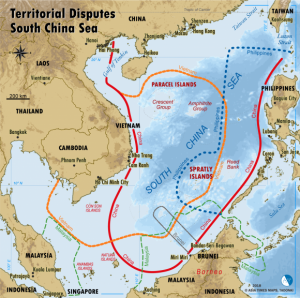 Beijing has installed cruise missiles and surface-to-air missiles on man-made islands throughout the South China Sea, according to a report on Wednesday, a move one US security analyst described as “a clear offensive threat.”

CNBC first broke the story, citing sources with direct knowledge of US intelligence reports who said the missile platforms were deployed on the outposts within the past 30 days.

The news comes less than a month after The Wall Street Journal reported that “military jamming equipment” had been installed on the Spratly Islands, one of the locations also identified in the report this week.

“This should be seen as China crossing an important threshold. Missile platforms present a clear offensive threat,” Gregory Poling, a fellow at the Washington DC-based Center for Strategic and International Studies told CNBC. “[The missile deployment] is a pretty clear threat to the other claimants and furthers China’s goal of establishing complete control over the water and airspace of the South China Sea,” added Poling, who is director of CSIS’s Asia Maritime Transparency Initiative.

The missile installations represent the first such deployments on the locations, which include Fiery Cross Reef, Subi Reef and Mischief Reef in the Spratly Islands, according to US intelligence assessments. Similar systems have already been deployed in the Paracel islands, situated further to the north.

Land-based YJ-12B anti-ship cruise missiles and long-range HQ-9B surface-to-air missiles were installed on the locations, according to the reporting. The YJ-12B has the capability to strike ships within a 295 nautical-mile radius, while the HQ-9B has the potential to target aircraft within 160 nautical miles.

“It has been clear that these were coming since at least last year when China constructed shelters for them at each of the islands, but the actual deployments are still significant,” Poling said. “Now every ship or plane moving near the Spratlys is operating within Chinese missile range.”