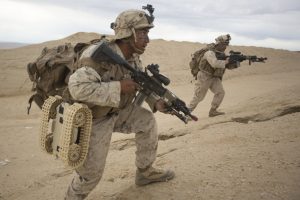 CH-46 Makes a Controlled Water Entry During a Vertical Replentishment (VERTREP) (1987): We were talking about this today

During the program Mike Musselman and I were talking about this exact incident whichI witnessed while the Executive Officer of the Marine Detachment aboard the USS Ranger, CV-61 in 1987.  Rob Schwarz, LtCol USMC (ret)… aka “Montana Man” sent me this link.

It’s an amazing piece of flying by a ballsy pilot.