Marine Corps OCS: “You’re responsible for everything your unit does of fails to do” — Battalion CO given slap on the wrist in Parris Island hazing case || Grant Newsham talks “the Trump-Kim meeting”

Marine Corps Times reported today that MajGen Eric Smith, the CG of the 1st Marine Division, “was rebuked by a military appeals court for his “personal interest” and bias in overseeing a hazing court-martial” —- GOOD FOR HIM!  Hazing is a significant problem that endures in the Marine Corps and the Corps needs STRONG leaders to take HARD stances.  Most senior officers shrink from strong stances, not extending themselves because that effort might risk a promotion to a higher rank.

The POLITICALLY CORRECT general officers of today need to be more blunt.

In the case in question, there was no mention of the actions that the Marine in question took… hmmmmmmmmmmmmmmm, but MajGen Smith’s attempt to eliminate hazing from the Division is out of bound!  GARBAGE.  The purpose of the UCMJ is “to promote good or and discipline” — is that a thing of the past?

Classes – Lectures – Warning – HAZING – Court Martials: How do we stop the cycle of hazing? 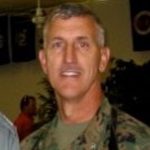 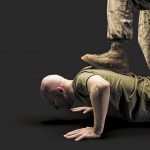 Phil Smith is a retired Marine Colonel.  He enlisted in the Marine Corps and became an infantryman and then a reconnaissance Marine.  We’ll talk to him about stopping the cycle of hazing that the Marine Corps goes through repeatedly:  Class, Lecture, Warning, HAZING EVENT, investigation, court-martial.

How does the Marine Corps deal with “hazing”?  We’ll begin a long series of conversations about the subject with most enlisted Marines.

John Ubaldi was an 0311 and 0369 (infantryman and Infantry Plt Sgt) we’ll here his thoughts on these questions:

(1)  What is hazing in the Marine Corps?

(4)  Who is the key to minimizing (knowing it won’t be eliminated) the amount of hazing that Marines experience?