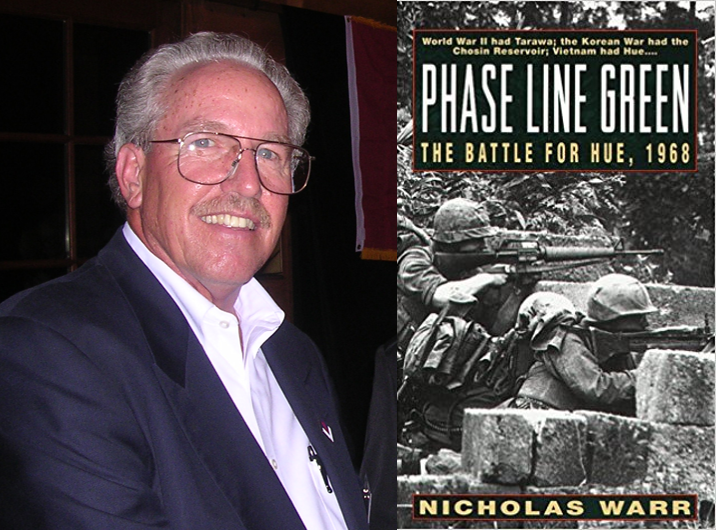 SITUATION:  in February of 1968 2ndLt Nick Warr was the Platoon Commander of 1st Platoon, Charlie Company, 1st  Battalion, 5th Marines when 1/5 was tasked with clearing the North Vietnamese Army and Viet Cong forces that had occupied the “Ancient City” portion of Hue in the Thura Thien-Hue Province of South Vietnam during the Tet Offensive.  Nick’s platoon would lose 60% of its strength by the end of 1/5’s first day of fighting.  The Battle for Hue would be remembered the most violent urban combat that US Forces would participate in during the Vietnam War.

MAPS:  they’re zoomable (just click on them) maps that support this interview are located here.

BOOK:  Nick wrote the book “Phase Line Green” based on his experiences during the battle for Hue City, you’ll find it here.