THE CASE FOR A BETTER ENLISTED INFANTRY MARINE: A new enlisted career path to the 0365 MOS — Why the 15-Marine Rifle Squad is sound 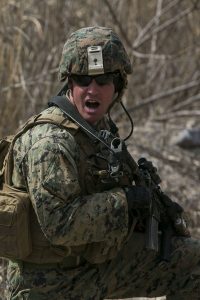 In the second of three shows (the first is here), we’ll discuss the career path that creates a higher quality infantry Marine and why the Marine Rifle Squad should consist of fifteen Marines.