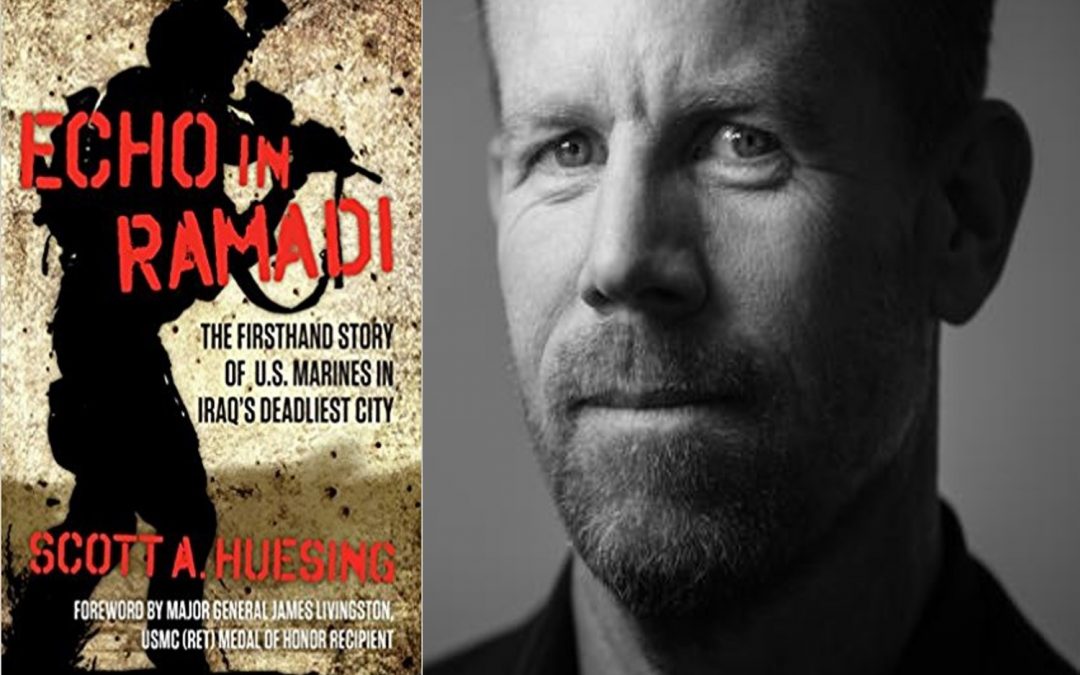 Major Scott Huesing, USMC (ret) joined ALL MARINE RADIO to discuss his best-selling account of leading Echo Company, 2nd Battalion, 4th Marine Regiment during their deployment to the most violent city in the Al Anbar Province — Ramadi in 2006.  ECHO IN RAMADI takes you to places that most books about war don’t, into the lives of Blue Star Families at home worrying each day and night, into the lives of Gold Star Families as they deal with the loss of a son, husband or brother and into the lives of Marines after they come home and begin to deal with the residue of war.

A great read with the ALL MARINE RADIO seal of approval!  You can buy ECHO IN RAMADI here

You can find Scott’s foundation SAVE THE BRAVE here