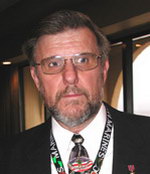 This is the fifth segment of ALL MARINE RADIO’S “Battlefield Studies” series.  The series is designed to give leaders who have led in combat a forum to voice the lessons that they learned while in contact with the enemy for the benefit of leaders who will lead on future battlefields.

SITUATION:  On May 13, 1975 the 2nd Battalion of the 9th Marine Regiment, 3rd Marine Division was conducting field training in Okinawa’s Northern Training Area in preparation for their upcoming six-month “float” to the western Pacific Ocean.  Marine 2ndLt Dan Hoffman was an infantry officer, filling the Motor Transport Officer billet for the battalion, when 2/9 was notified to move to Kadena AFB in preparation for movement to Thailand to support a rescue mission for the American flagged container ship S.S. Mayaguez that had been taken off the coast in the Gulf of Thailand by Cambodian military forces.

2/9’s attack on Koh Tang Island has been studied for decades and served as the basis for fundamental changes in the way the U.S. Military executed “joint” operations.  But the real story of Koh Tang Island is the valor and selflessness of the Marines of 2/9, the Sailors of the USS Harold E. Holt (frigate), the USS Henry B. Wilson (destroyer), the USS Coral Sea (aircraft carrier) and the aircrews of multiple Air Force CH-53s.  These brave members of the U.S. Military extracted victory from certain disaster by their in credible courage.

You can find the Koh Tang / Mayaguez Veterans Organization here.

NOTE:  Major Mark J. Toal, USMC wrote an outstanding paper on the Koh Tang Island operation while a student at the Marine Corps Command & Staff College, you can find that paper here.