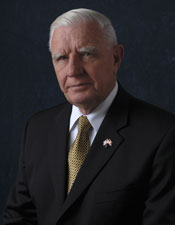 This is the sixth segment of ALL MARINE RADIO’S “Battlefield Studies” series.  The series is designed to give leaders who have led in combat a forum to voice the lessons that they learned while in contact with the enemy for the benefit of leaders who will lead on future battlefields.

SITUATION: in February of 1968 Captain Ron Christmas was the Company Commander of Hotel Company, 2nd Battalion, 5th Marines when 2/5 was tasked with clearing the North Vietnamese Army and Viet Cong forces that had occupied the city of Hue in the Thura Thien-Hue Province of South Vietnam during the Tet Offensive.  The Battle for Hue is remembered as the most violent urban combat that US Forces would participate in during the Vietnam War and Captain Christmas and the Marines and Sailors of Hotel Company would distinguish themselves mightily during this fight which none had been trained for prior to moving to Hue.