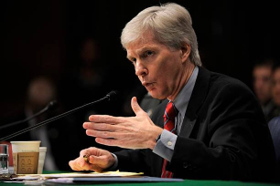 The article he co-authored with Michael O’Hanlon and Pavel Baev entitled “A Modest but enduring Syria strategy for President Trump”  is here.