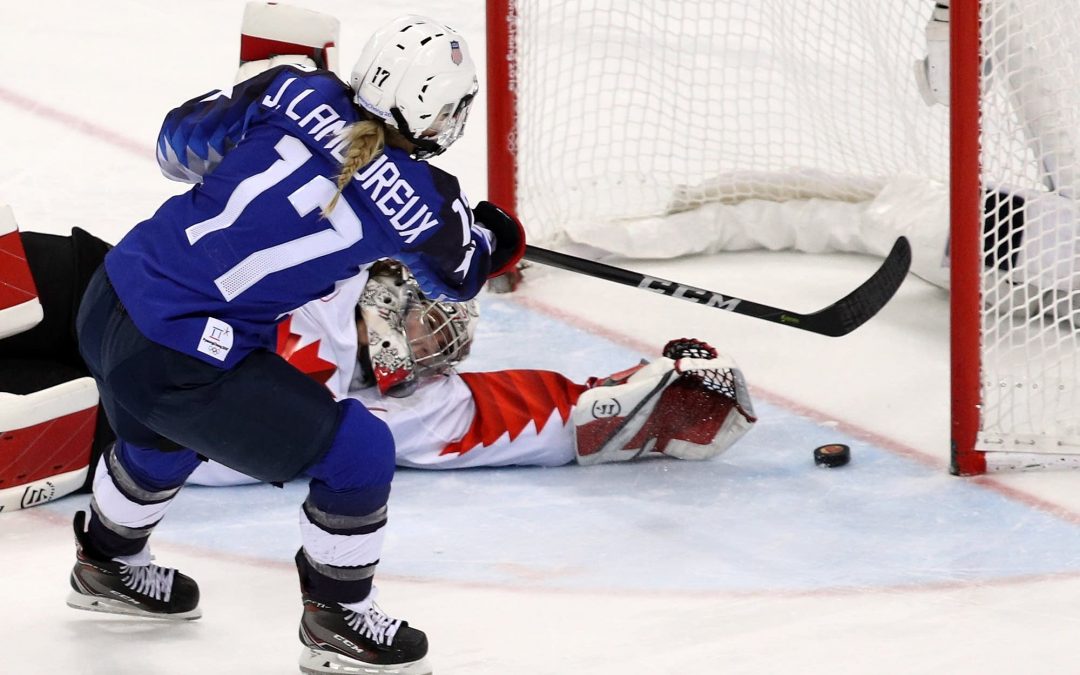 Jocelyne Lamoureux-Davidson and her twin sister Monique Lamoureux-Morando are two-time Olympic Silver Medalists (2010, 2014) and most recently Gold Medal winners at the 2018 Pyongyang Olympics in South Korea. That’s a long road, to say nothing of the path that got them to the Women’s National Team at the age of 19 in 2009. Jocelyne joined ALL MARINE RADIO to discuss the 2018 Olympic Games, Team USA’s battles with arch rival Canada and her “Oops I did it again” move that proved to be the Gold Medal winning goal after Monique had tied the game against Canada late in the 3rd Period.