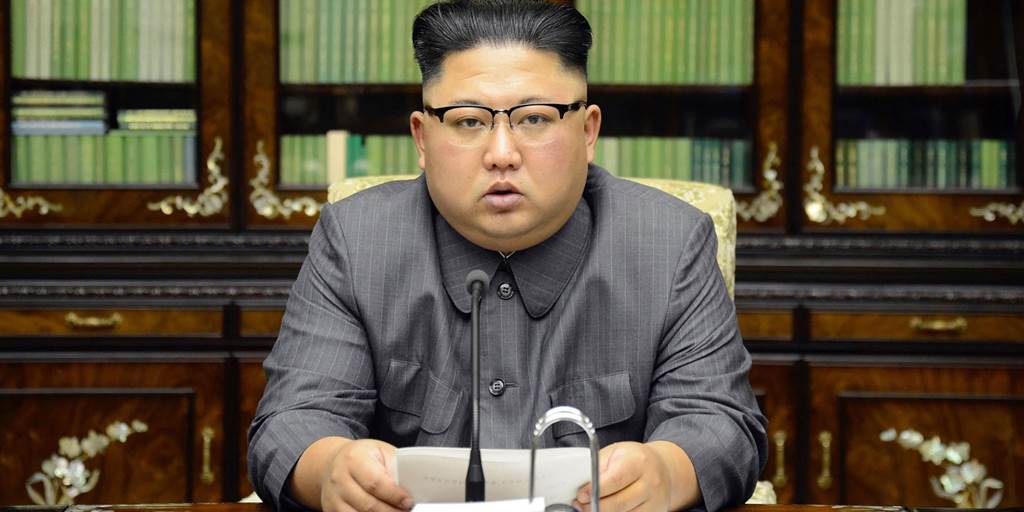 Even cynical Korea-watchers had to be impressed with the get-together at the DMZ last week. There have been other love fests involving left-leaning South Korean leaders and the Kim family, but one wants to believe this time is different. President Moon and Kim did share a bear hug after all.

How will it all turn out? I don’t know.

I was in the audience at the US Embassy Tokyo in 1994 when Jimmy Carter came back from Pyongyang after inviting himself to North Korea to achieve peace in our time. President Carter praised Kim the Elder as a good man and noted Pyongyang was a nice city. And the former president predicted a bountiful harvest; being ‘an old peanut farmer’ he said he could tell from looking at the fields on the bus ride up north. In short order famine took hold and a million or two North Koreans died.

Since then, dealings with North Korea have been nothing if not predictable. The Americans and their friends – the South Koreans and the Japanese mostly – offer money, oil, food and promises not to attack the Kim regime. The North Koreans string them along, take the gifts, and then roll them – followed by a spate of violence directed mostly against South Korea, but sometimes against Americans too.

Then, after a period the game repeats itself.

And all the while behind the scenes the Kim’s put together an impressive missile and nuclear program. Not bad for a country that can’t feed itself.

Finally, an unlikely American President is trying something different – and pressuring North Korea more than ever. Mr. Trump is also pressuring the PRC – whereas other Presidents feared upsetting the Chinese whose help was supposedly needed to solve the North Korea problem – but never seemed to materialize.

The Americans are also leaning on many other nations that enabled North Korea. And most important, rather than declaring war to be unthinkable, Mr. Trump has declared it is indeed ‘thinkable.’

Of course, this approach could have been tried anytime over the last quarter century. The George W. Bush administration sort of tried for a year or two in the mid-2000’s. It imposed sanctions on Banco Delta Asia in Macau that was handling North Korean money. This narrow effort was effective. It scared the daylights out of the Koreans, and the Chinese as well – who feared they could be next.

However, apparently uncomfortable with success, the Bush Administration cancelled the sanctions and returned the North Korean money; all in exchange for Pyongyang’s promise to talk. Nothing more.

Given this context of bipartisan fecklessness towards North Korea, who couldn’t be intrigued by the Moon-Kim meeting, and a possible meeting between President Trump and Mr. Kim?

Appearances aren’t everything, but Kim looks lovable enough and seemed in good spirits the other day, and during his recent visit to Beijing. Still, he did have his half-brother murdered in Kuala Lumpur last year and North Korea is not yet a holiday destination.

But maybe Kim has had a change of heart? Stranger things have happened, but he’ll need to show it.

Otherwise, it’s hard to understand how Kim’s objectives have changed.

Foremost of these is staying in power. It’s not as if he’s looking for a way to retire back to Switzerland. Indeed, he’s at least 30 years younger than any of the leaders he’s dealing with, so may reckon he’s the one with the better future prospects.

Next, the North’s goal of unifying the Korean peninsula with the North in control or dominant still seems intact. To accomplish this, removing US forces is a prerequisite. If the North and South ‘work something out’ – well, there’s no need for the Americans to stick around. And at that point Mr. Kim may become a little less friendly towards his ROK kinsmen.

Naturally, some observers worry Kim is taking advantage of a South Korean administration that believes it can persuade North Korea to improve its behavior. This isn’t the first time a ROK President has thought he’s the one who’ll fix things.

President Moon also reflects a strain of sometimes latent, sometimes overt anti-Americanism in part of ROK society that views the United States as the ‘problem’ that prevents Koreans from unifying.

The USG is indeed worried about being pressed by the Moon administration to ‘help them out a bit’. Just small things like reducing training or postponing or cancelling exercises, or fewer intelligence gathering flights, or maybe ease just a few sanctions. Small things add up, however.

Observers fairly argue over North Korean intentions. But there’s one thing Kim can do that might convince the skeptics, and it requires neither negotiations nor bribes. He can come clean about North Korea’s ‘gulag’ prison system and close it down. If North Korea doesn’t do this, it’s hard to think it’s really changed and the North isn’t just stringing along naïve South Koreans. One might be forgiven for thinking this resembles negotiating with Cambodia’s Khmer Rouge some years back. While nasty regimes can voluntarily reform in theory, it’s usually a tall order.

Other deals have been reached with North Korea – and all of them have come apart. But one detects (or wants to detect) something different with the PRC this time.

China doesn’t need trouble on its border – or more US pressure. The PRC’s shiny looking economy is sputtering when you look under the hood. And one North Korean artillery round into Seoul will cause no end of economic trouble in China and beyond. A bigger conflict on the peninsula will be far worse for the Chinese economy.

The PRC is in a fix of its own making. It bankrolled and protected North Korea for decades. And it didn’t expect an American president willing to fight – and who finally realized Chinese help on North Korea is illusory. He also isn’t smitten with the idea of appeasement on every imaginable subject to get access to the China market.

Ironically, having created this Frankenstein, the PRC might be ambivalent about a unified Korea – as centuries of resentment towards China might then manifest itself – and backed by nuclear weapons.

Not surprisingly, American experts who handled US-North Korean relations over the years are full of advice for Mr. Trump. Kind of like students who failed math class offering tutorial services. Indeed, part of the Trump administration’s success to date owes to ignoring these people, and instead, listening to others who know Korea (and human nature) and knew what to do – if they ever got the chance.

So, Mr. President, keep the pressure on and also keep it on the PRC. And no quid pro quo’s elsewhere for China doing what it promised to do years ago. Make it clear you’ll will do whatever is necessary to protect the United States and its allies. Then, see what Mr. Kim has to say.

This may all come to tears, but who knows…maybe Kim will surprise us and shut down the ‘gulag.’ He might also call Otto Warmbier’s parents and apologize.

Then I’ll be convinced this time is different.