NEWS & COMMENTARY: a Yankee Stadium Salute the made the 4th of July better 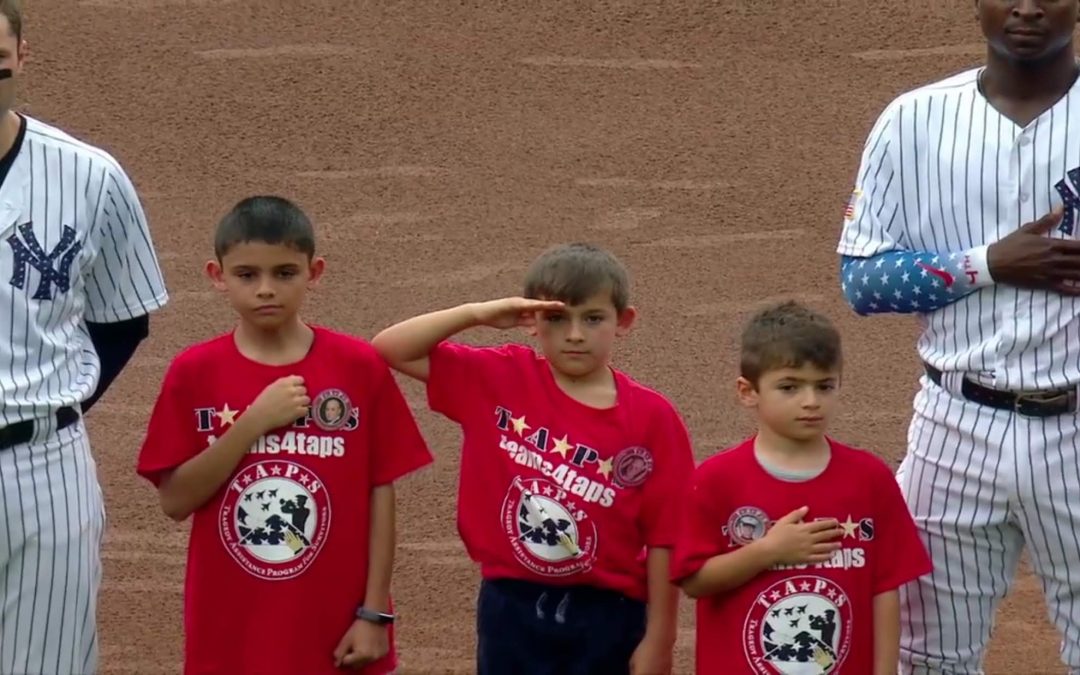 Yankee Stadium, July 4, 2018 during the National Anthem. Children who are members of the TAPS (Tragedy Assistance Program for Survivors) Program joined the New York Yankee players on the field before the game for then National Anthem.  One son saluted instead of placing his hand over his hear… his salute rocked me.  Those of us who have served know that THAT salute his way of saluting his father’s or mother’s service and sacrifice.  I hope he never stops doing it. Somewhere… his father or mother is VERY proud, smiling, chest out saying “…my kid is incredible!”.