A MOTHER’S VIEW OF HER SON’S PTSD STRUGGLE: Libby Wikle 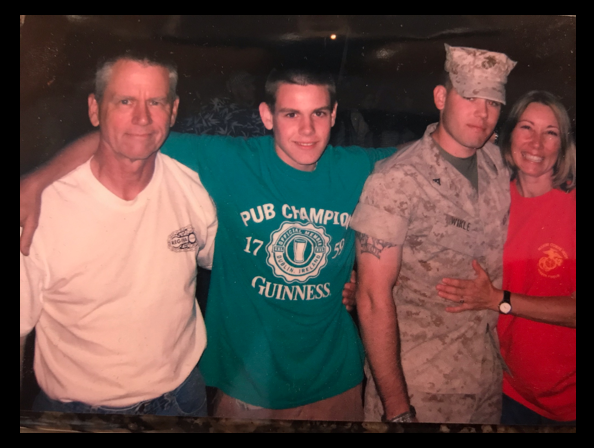 Luke Wikle enlisted in the Marine Corps Reserves as part of the Marine Corps Delayed Entry Program when he was 17 years old in Huntsville Alabama.  In 2006 he informed his parents that his unit would be deploying to Fallujah Iraq for seven months.  Luke’s Mom, Libby, joined ALL MARINE RADIO to discuss what it was like to see her son go to war, to attend the funeral of one of his friends who was Killed In Action, to see Luke return home and finally to see the way that war had changed her son and to watch his struggle to make peace with what he experienced.

Libby discusses her own efforts to get educated about PTSD, how she encouraged her son to seek help at the VA and what ultimately helped her son find a better place and her to understand how to support his recovery better. Her interview is emblematic of the struggle families all across the nation undergo when they are impacted by trauma and PTSD.