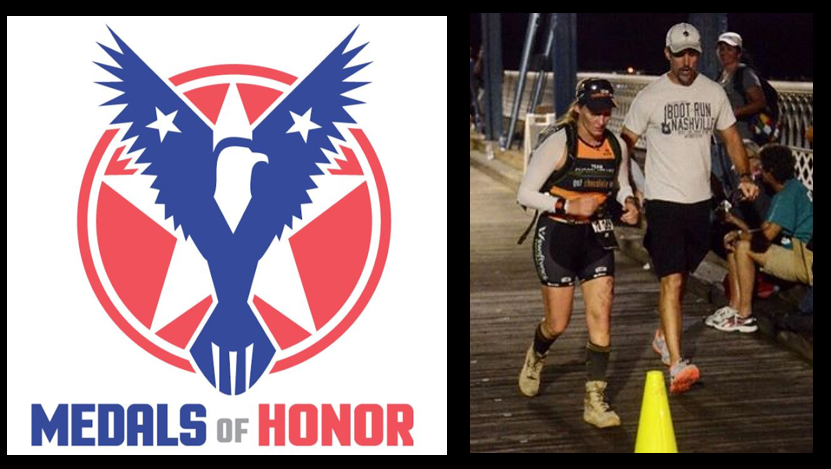 Amy Cotta signed papers for her son to enlist in the Marine Corps when he was seventeen and it terrified her.  She began running in “combat boots” to honor her son’s commitment.  That running took on a different meaning after she began placing images of fallen Warriors on her pack.  Medals of Honor is the non-profit organization that Amy founded as a result of her running and her commitment to honor fallen Warriors and their families.  Medals of Honor is an amazing organization that is doing amazing things — their motto this year is “let’s break things” which translates to “we don’t take ‘no’ for an answer…” and “we aren’t going to do things the way they’ve always been done…” — her story is an amazing one..