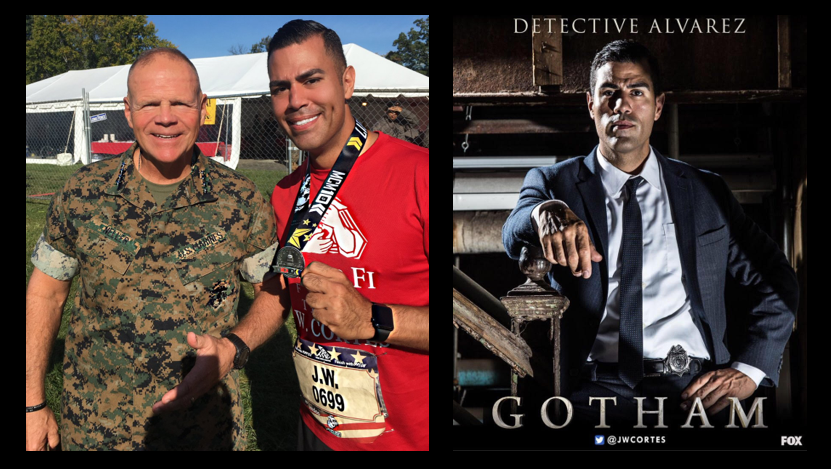 JW Cortés – who currently plays the recurring role of Detective Carlos Alvarez on FOX’s hit prime-time series Gotham – is a U.S. Marine Corps combat veteran turned actor, singer and philanthropist. Born and raised in Sunset Park, Brooklyn, he developed an interest in the arts at an early age, along with a strong desire to serve his community and country.

Cortés served in the Marine Corps for nearly 13 years, attaining the rank of Gunnery Sergeant and serving in both Operation Enduring Freedom and Operation Iraqi Freedom. His military awards include the Combat Action Ribbon, Navy & Marine Corps Achievement Medals and Marine of the Year.

He studied acting at the world-renowned William Esper Studio and is a proud husband and father of two boys (plus an American bulldog). In addition to actively serving as a New York State Police Officer, he helps raise awareness and funding for Semper Fi Fund and other philanthropic organizations.

He joined ALL MARINE RADIO to discuss his association with Semper Fi Fund, his road to acting and his devotion to his Tribe.