Sunday marked the 100th Anniversary of the peace agreement that ended World War I.  My grandfather, John McNamara, arrived at Ellis Island in 1914, made his way to Sacramento, CA where he worked as a railroad laborer.  He joined the US Army in 1917 and deployed to France as part of General Pershing’s American Expeditionary Force and fought in every major battle that US Forces fought in while in France.

Below is the piece of paper that discharged CPL McNamara from the US Army after he returned to the United States in the Fall of 1919 after serving in the US “occupation forces” in Germany. 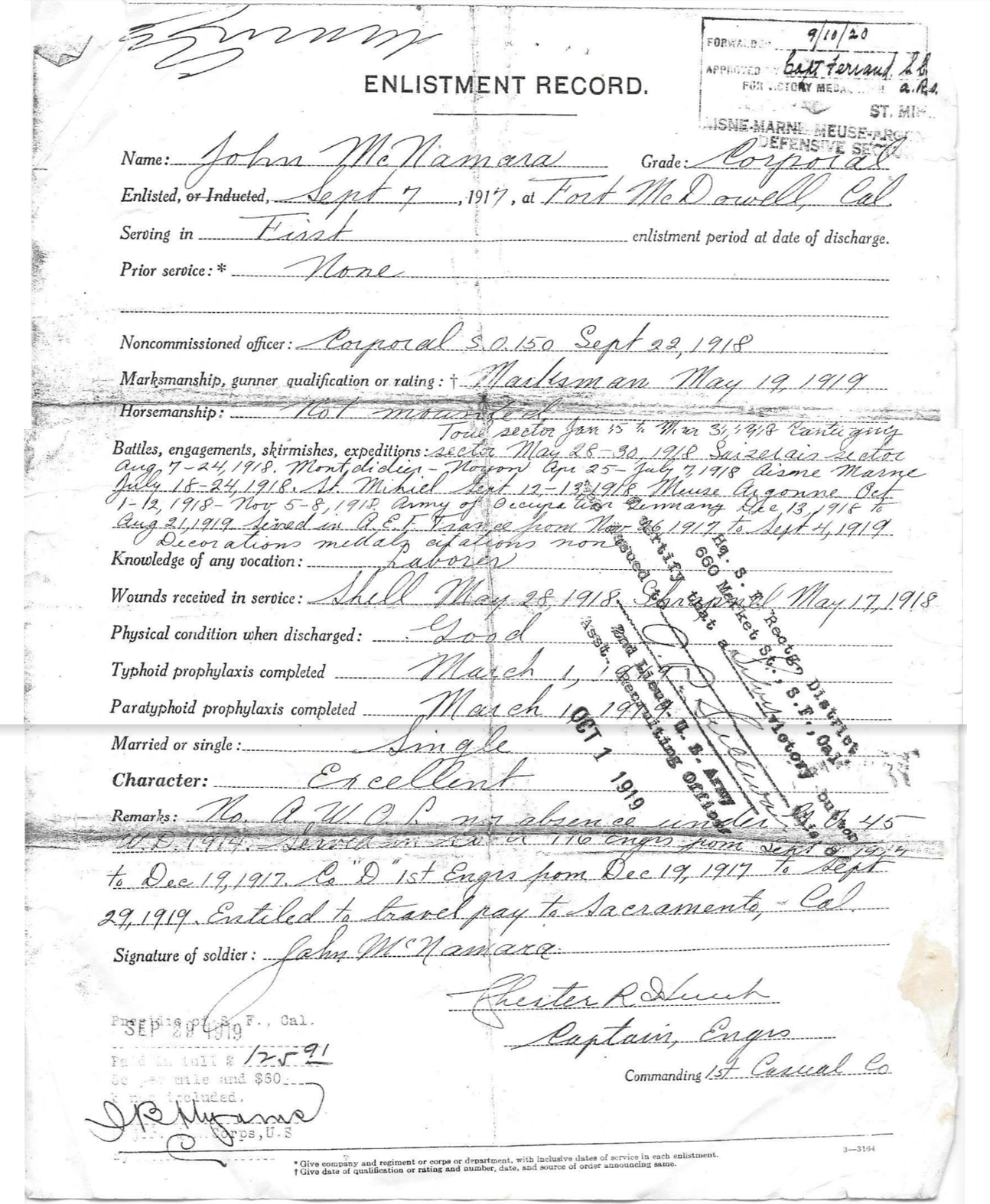