THE DECISION-MAKER: The Role of Leaders on the Battlefield 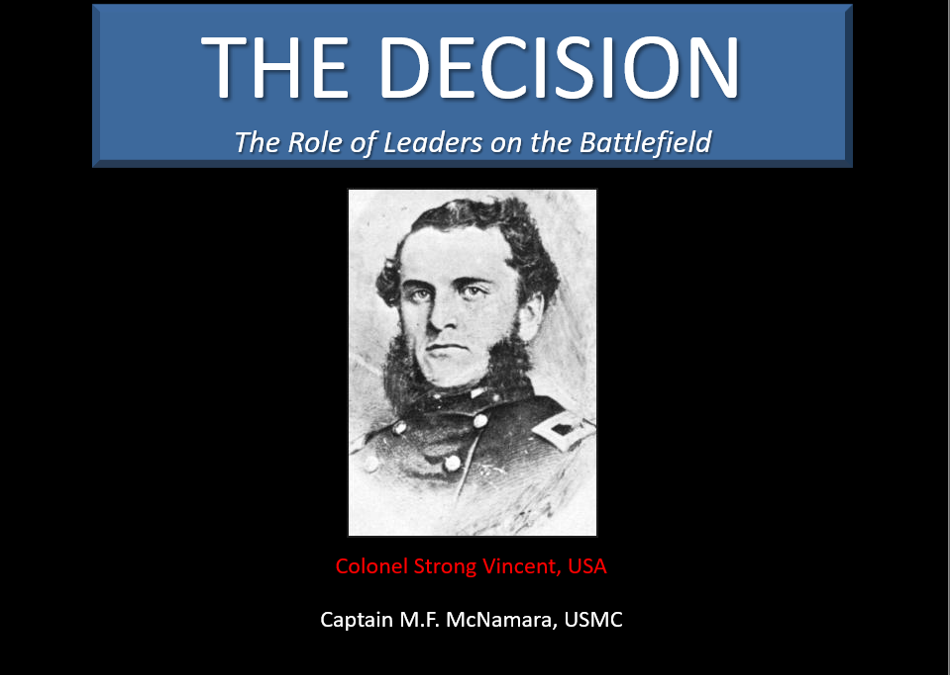 Left:  Col Strong Vincent, US Army of the Potomac; his decisions saved Little Round Top and the Union left flank on Day 2 at Gettysburg

Center:  LtCol George Armstrong Custer, US Army, Commanding the US 7th Cavalry during operations against the Plains Indians in Montana; his decisions killed 220 members of his command at the battle of Little Bighorn

In 1990 at the Marine Corps Infantry Officers Course in Quantico, VA a course entitled “The Decision: the Role of Leaders on the Battlefield” made its debut.  The course was the brainchild of Captain Michael F. McNamara who was an instructor at IOC and approved by Major (later General) John R. Allen who, as the Group Chief of IOC.  Major Allen was bent on teaching newly minted Marine Infantry Officers more about the art of decision making in high-stress compressed-time situations.

The handout for the class can be found by clicking HERE.

If you enjoy the study of decision-making, you should enjoy this presentation.