NEWS & COMMENTARY: a “Buddy” retires & do you know how young the Marine Corps really is? 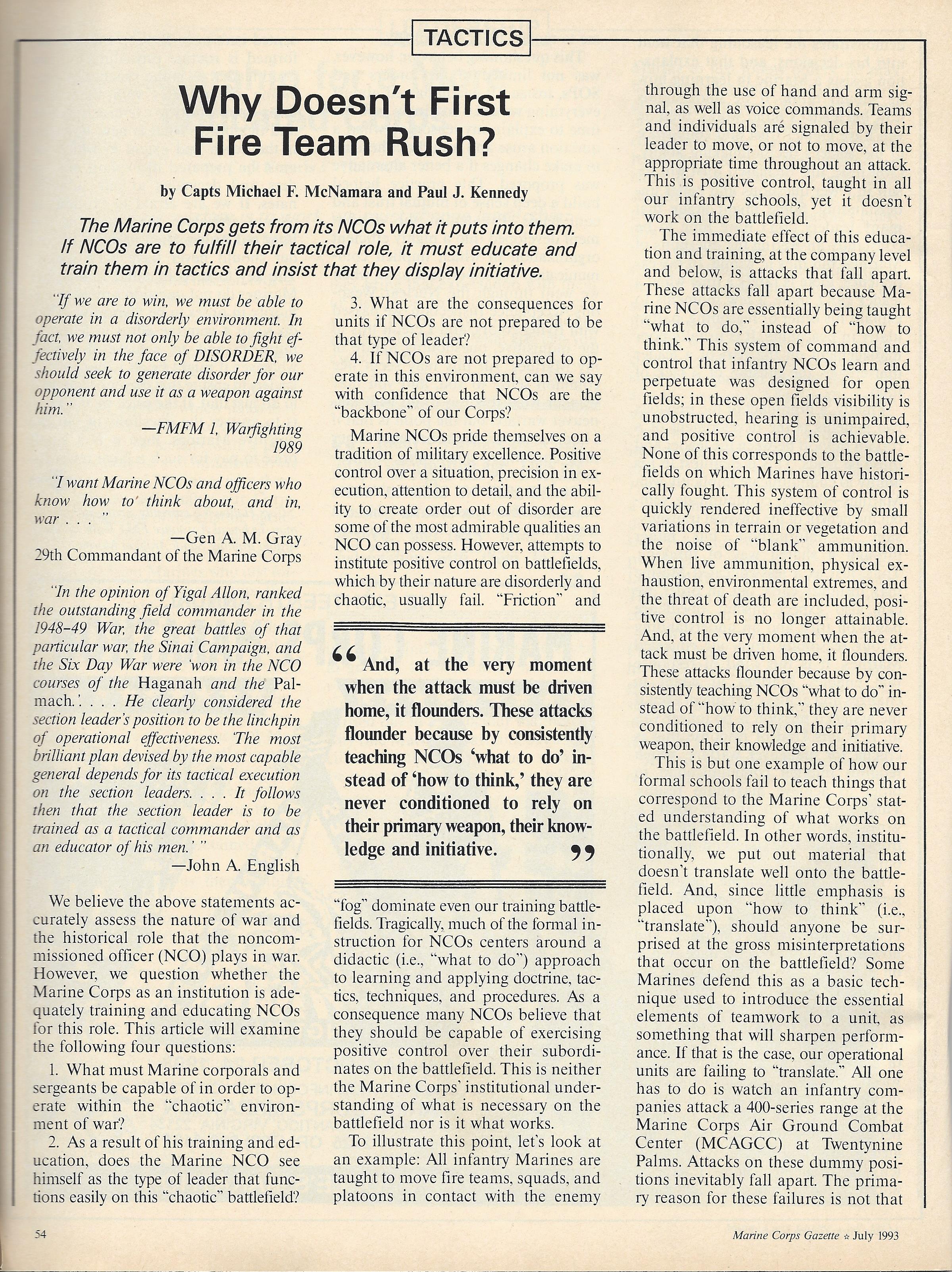 MajGen Paul Kennedy, USMC retires today.  We met in 1990 while instructors at The Basic School and wrote the article to the left entitled “Why Doesn’t First Fire Team Rush?” — which to both of our great satisfaction still gets used to teach Marines.  He’s had a great career, is an interesting and funny human being (as most of my friends tend to be) and I wish him nothing but the best and thirty plus years of faithful service to his nation.  WELL DONE Buddy!