IF MARINE STAFF NCO’S “ARE THE BACKBONE” OF THE USMC — WHAT WAS DONE TO THEIR ABILITIES TO INSTILL DISCIPLINE? 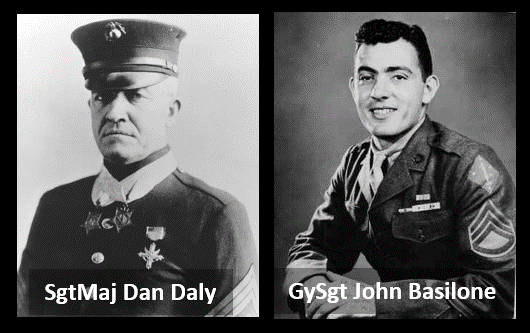 In 1989 as the Commanding Officer of the 9th Marine Regiment, Col A.C. Zinni (who would later command Central Command as a four-star general and subsequently be named as President Clinton’s “Special Envoy” to the Middle East), wrote a letter to all the officers and staff non0commissioned officers of his regiment entitled “The Staff Non-Commissioned Officer.”  In the letter he described the SCNOs of the Marine Corps as its “backbone.”  The letter is full of sage advice and clear eyed thinking from then Col Zinni who had two combat deployments to Vietnam before taking command of 9th Marines. Yet when I read this letter today, I’m left asking “what happened?”  Marine SNCOs are the same type of Marines that they’ve always been — tough, proficient, experienced and able.  So what has changed that the Marine Corps finds itself in a debate about discipline? We’ll talk about it.

Click on Col Zinni’s letter below to read the full version and see the original document: 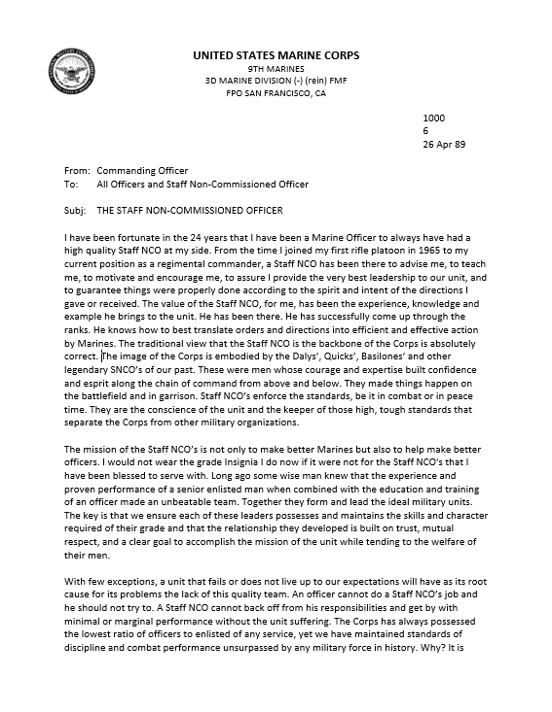