THE 2018 CSIS FORUM ON MY LAI — “THE MY LAI MASSACRE: HISTORY, LESSONS AND LEGACY — on the 50th anniversary is worth your time 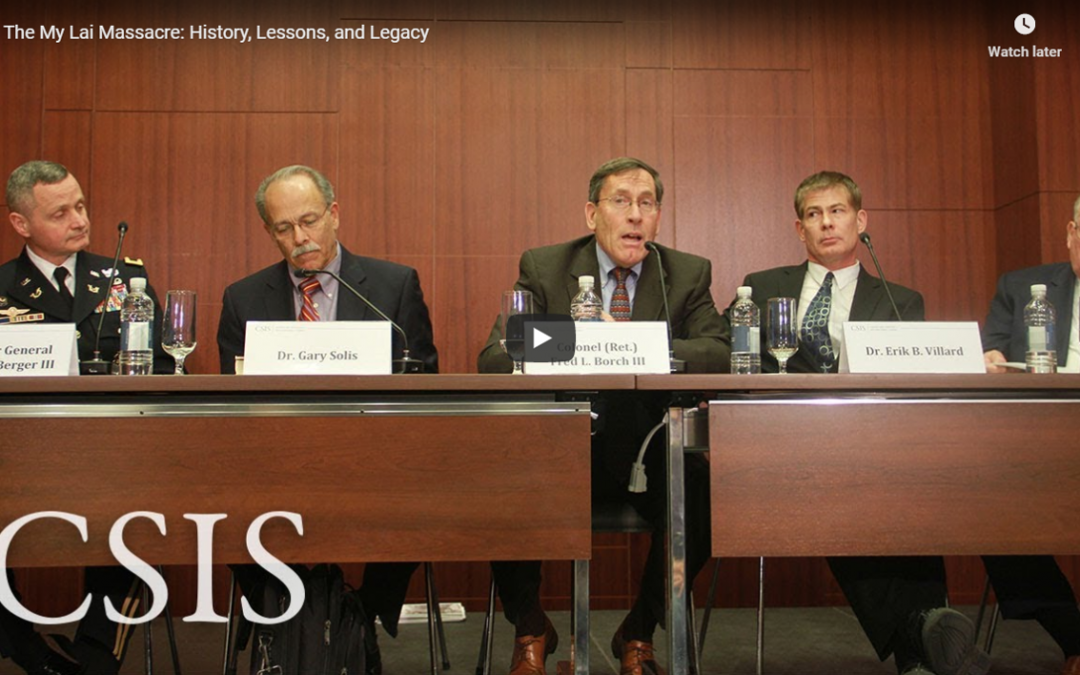 On 16 March 1968, elements from Company C, 1st Battalion, 20th Infantry, of the 11th Infantry Brigade under the Americal Division, killed at least 350 South Vietnamese civilians in the village known as My Lai. While evidence of the war crime was covered up for a year, it eventually came to light and was thoroughly investigated by the Army. Thirteen officers and enlisted men were charged with war crimes. Another twelve officers were charged with having actively covered up the murders. Ultimately, however, only six soldiers were prosecuted at courts-martial. All were found not guilty, except for Calley. My Lai became a flashpoint in the debate over American involvement in Vietnam and remains a dark moment in American military history. Join the CSIS Project on Military and Diplomatic History and the U.S. Army Center of Military History for a panel discussion with leading historians and military legal experts to discuss the important legacy and lessons of the My Lai tragedy.