Former Marine Jesse Conger went missing in Arizona last August, his car was found a month ago — his sister Patricia joins us to talk 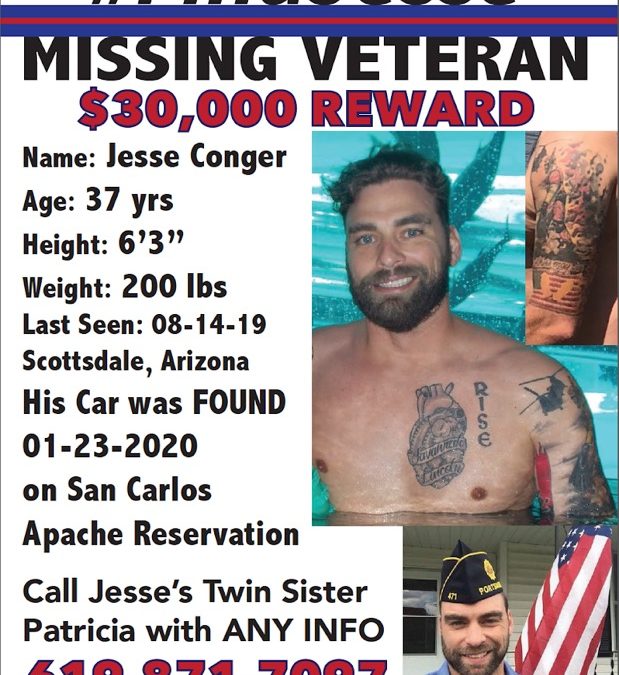 Patricia Conger joined ALL MARINE RADIO to update the story of her brother’s disappearance.  Jesse Conger got out of the Marine Corps in 2014 after serving ten years, Jesse’s life after the Marine Corps might best be described as turbulent which ultimately led to his disappearance in August of 2019 in Arizona.

Part of Jesse’s story is the devotion of his sister, Patricia — you’ll meet her.