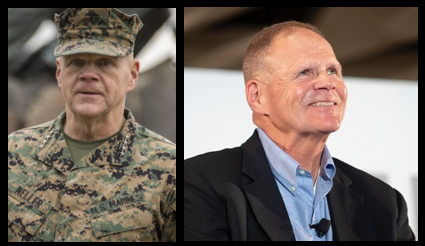 The 37th Commandant of the Marine Corps published “Managing our Police Force… a different way to do it” this week — he joined ALL MARINE RADIO to discuss why he wrote it and what he hopes will be achieved by publishing his thoughts.  Neller is no stranger to leadership on “white hot” issues as he led the Marine Corps during the politically charged “Marines United” controversy in which Marines were accused of posting compromising images of female Marines online in a private group.  We’ll talk about his above article that he posted on LinkedIn this week, the Confederate monument issue, the US Army base renaming issue and the National Anthem issue.

An awesome interview that asks us all to take a longer breath, to see the broader picture and focus on what each of us can do to finally open the American Dream to everyone.  In the interview we discuss the following: