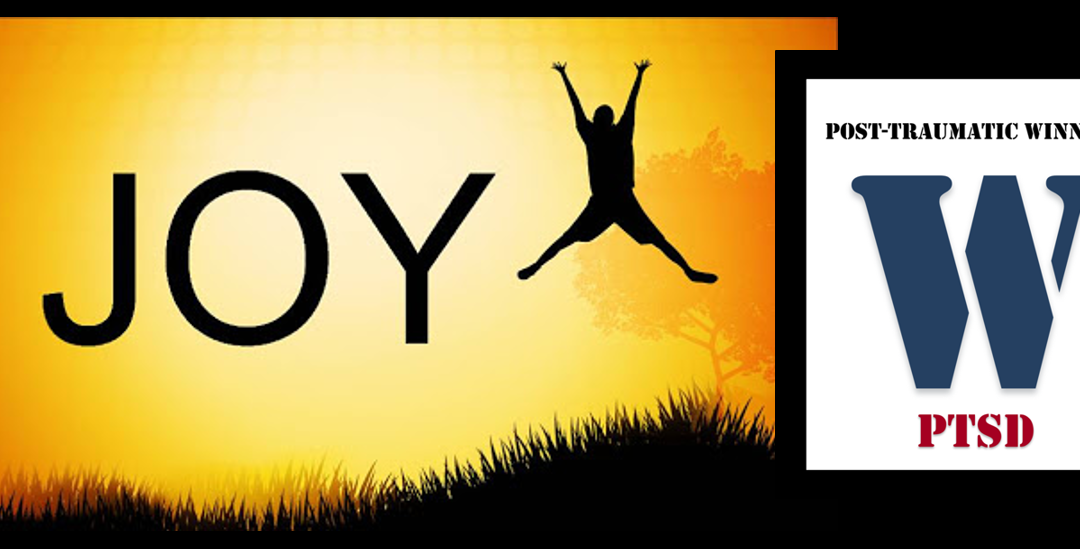 Tuesday, August 11th 2020 was one of the best days of my life.  An email from a Marine Officer who employees the wisdom contained in Post-Traumatic Winning; a call from leaders in I MEF to discuss presenting Post-Traumatic Winning to the 15th MEU after their loss in late July off the coast of California; an email from Stacey Falzarano (which is below) and another phone call from a leader of a NROTC program — where we planned training for his cadets, but also for first responders and anybody in the community.  It was an amazing day.

“Hey, Sweetie.  There’s leftover gnocchi in the fridge,” I announced back to Tom as he entered the kitchen through the laundry room door.

It was lunchtime on a Tuesday.  A regular, run of the mill Tuesday.  May 12.  COVID-19 allowed Tom to come home for lunch and get an exercise in on our treadmill.  It was nice to get to see him in the middle of the work day.

Tom walked up to me sitting at the kitchen table.  Wearing his OCPs, he sat down next to me, started to unlace his boots, and leaned over to give me a loving kiss on the lips.  He said “I love you.”  My response… well, it’s my first regret of many.  I perfunctorily said, “love ya.”  Why didn’t I look the love of my life straight in the eyes and tell him, “I love you so much.  I appreciate you so much.  I’m so proud of you.  You gave me my beautiful family and my beautiful life.”  But, I didn’t.  Just “love ya.”  Those were the last words I said to my husband.  I said a lot to him several minutes later as I knelt over his body.  But, I can’t be sure he heard me.

Trauma.  The immediate and utter disruption of life, of plans, of feelings and emotions, and of one’s existence.  Trauma can shake your faith to the core.  Trauma destroys your world in a second and is totally and irrevocably irreversible – all while you’re simply sipping coffee at the kitchen table.  Your world just forever changed and your coffee is still warm.  How did I get so utterly blindsided?  That’s the curse of trauma.

Then, in the night, at the height of the shock, grief creeps in to relieve trauma of its evil deeds.  Time for a whole new set of horrors to enter my world within hardly any time at all.  Grief is such a small word.  Some may think it’s sadness.  It’s not.  Some may think it’s something from which one can heal.  It’s not.  Grief is an inappropriate word for the depths of despair, sorrow, and loss I am feeling.

Trauma and grief are embodied in me as if I’m figuratively lying face down on the ground spiraling into blackness.  Panic and fear envelop me.   Sadness engulfs my soul.  I’m utterly lost; rudderless.  What do I do?  I can’t breathe.  Is this it for me for the rest of my life?  I feel desperate and drowning in despair.  I am the strongest person I have ever know, and yet I’m in need.  I need to reach out to somebody.  Who?  But, I don’t want to show my panic and weakness.

Mere weeks earlier, I had attended a Wing Command Spouse Leadership Conference headed by Mrs. Mollie Raymond.  Life was a cherry on top of a hot fudge sundae.  Tom and I relished our children (Michael and Thomas 5 years old, and Valentina 18 months old).  We had adopted the boys in 2014-2015 when we were stationed at Patrick AFB.  Four years later, Valentina joined our family while we were at Peterson AFB.  Tom was Wing Commander of the 21st Space Wing.  And, word was he would be promoted to Brigadier General.  He loved his family and he loved the Air Force and the Space Force.  Yep, life was all good; nothing but a bowl of cherries.  My biggest concern was where the boys would start kindergarten.  Can you even imagine that as my biggest concern?  Oh, how little I knew.

Mollie arranged for one of the speakers at the conference to talk with us about Post Traumatic Winning.  That’s when I first met Mac MacNamara.  I was quite moved by his 3-hour talk.  Moved to tears, in fact.  I joked with Mollie that this was the second time she had made me cry.

Two years earlier, Tom’s former wife suicided.  Tom’s older boys, Trevor and Spencer, were traumatized.  We moved Spencer in with us and helped Trevor find a new job near us in Colorado Springs.  The boys were just getting their feet under them when, wham, life kicked us all square in the teeth again.  Tom was the glue to us all.  He took care of everybody and everything.  He did it all with ease; a natural leader indeed.

So, after hearing about Post Traumatic Winning from Mac, I rushed home to tell Tom to call him up immediately and arrange for him to get in front of the Wing.  It’ll save a life for sure.  Tom got it.  We were big proponents of suicide prevention and survivorship.  But then COVID hit and slowed things down.  Then Tom died.   And, here I am.

In the middle of the night, 12 days after Tom suddenly and unexpectedly left us, I was panic-stricken.  I needed to reach out to somebody.  So, I wrote Mac.  In full humility and desperation, and hating the fact that I was so panicked and desperate, I texted Mac:

“Really tough day today. Just accepted an offer on our house in VA.  So many happy times there.”

And, in the darkness of that night, Mac wrote back.  He did not offer the words of encouragement I anticipated such as be tough or lean on your faith or hang in there like the kitten from the tree branch poster.  Instead he wrote back:

“You will have more in front of you…”

Well, crap! I know that, Sherlock!  Oh, wait a minute, my mood just changed.  I like the balls to wall approach; tough love; suck it up buttercup.  It’s real and it’s refreshing.  No flower sniffing, sugar coating here. No unicorns and rainbows.  Just the reality that you have to survive the trauma and then thrive after the trauma.

That’s what Post Traumatic Winning is.  You don’t need to be just a survivor.  You can and should be more than that.  Mac’s approach is pragmatic.  He breaks it down Barney-style.  Eat healthy, don’t do illegal drugs, exercise.  And, finally, when you’re ready, how to pay it back.  Helping others will help you.  Altruism nourishes the soul.  Volunteerism will help get you out of your personal bubble of hell into a bigger world where you can thrive again.  Dare I say even be happy again?  How about laugh out loud again?  Or, smile without feeling guilty again?  Sounds good, doesn’t it?  Mac’s words will connect with you at some level and help steer you in a healthy, proactive, positive direction forward.  Now, get off your backside and start winning.

Mother of Michael, Thomas, and Valentina

Author of China’s Strategy in Space