“IN THE ARENA — Lessons about leadership, politics, and the media”: Major Lauren Serrano wrote that recently, she’ll talk about it here 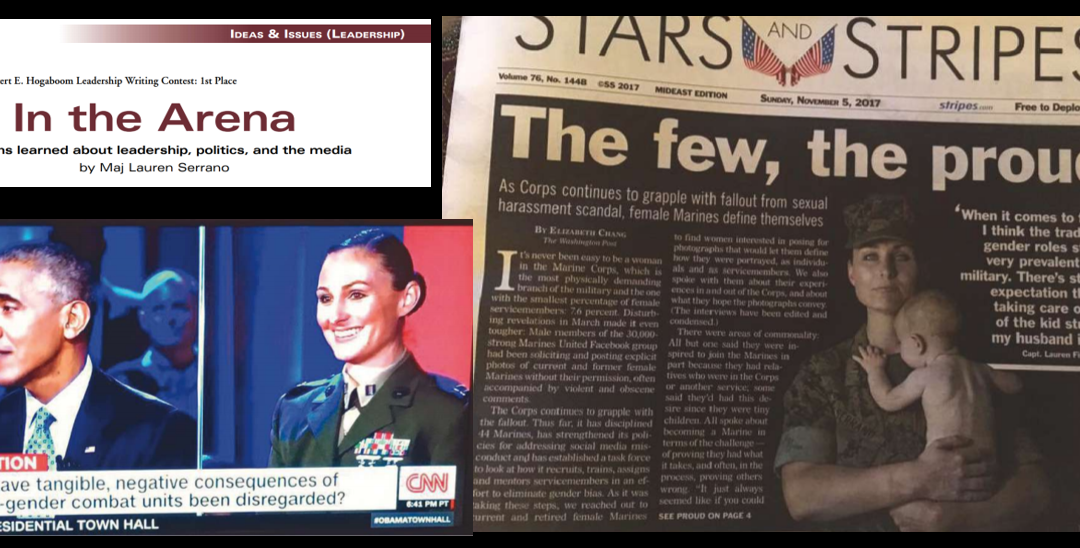 Major Lauren Serrano won the 2019 General Robert E. Hogaboom Leadership Writing Contest, sponsored by the Marine Corps Gazette for an article she authored entitled “In the Arena — Lessons learned about leadership, politics, and the media” which is based on the perils of participating in public debates on gender.  Major Serrano has written on gender throughout her career and asks very fundamental questions about that debate and the ability of active duty servicemembers to both participate and to be promoted.

Always compelling and well worth your time… many thanks to Major Serrano for her thoughtful points of view and continuing to appear on ALL MARINE RADIO.