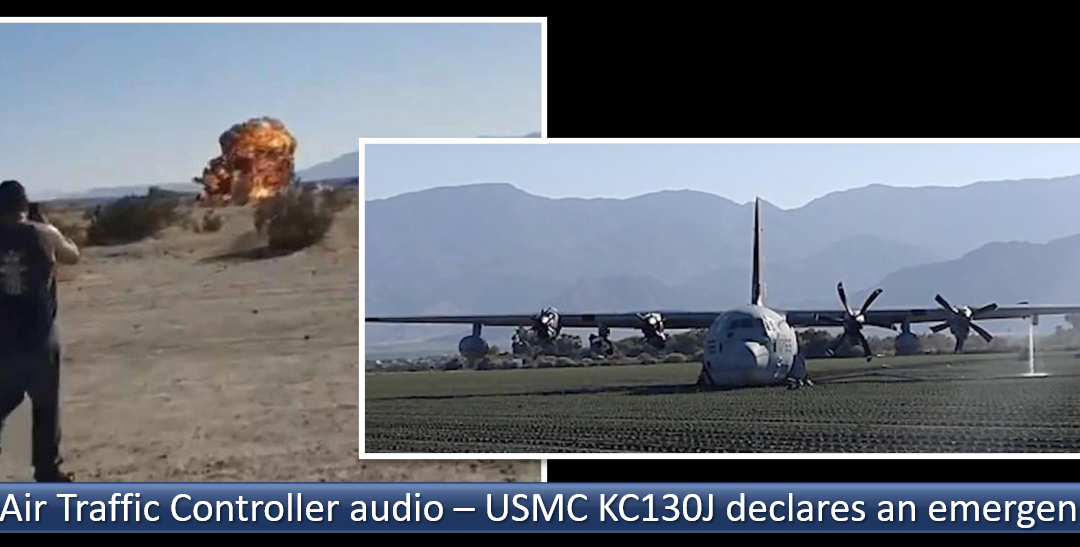 This is audio, clearly edited to omit pilot voices in spots, is of the USMC KC-130J checking into the airspace that they would conduct routine refueling operations in supporting of training that was being conducted at Marine Corps Air Station Yuma, Arizona.

This is the second incident in twenty-two months where a USMC fixed wing jet impacted a KC-130J — what the HELL is going on?!  This is a routine operation that now appears to be too difficult to execute safely.  Terrible.  And but for the actions of the crew of RAIDER-50 (the KC-130J)  there would have been more Marines killed… so a huge congratulations to the crew of RAIDER-50 for the incredible job they did late Tuesday afternoon.  Well done Marines!