NEWS & COMMENTARY: changing lives impacted by trauma is #awesome + So… MajGen Neary, USMC is relieved for using the “n-word” as he corrected Marines for blasting music that featured that same word? Were they disciplined as well? 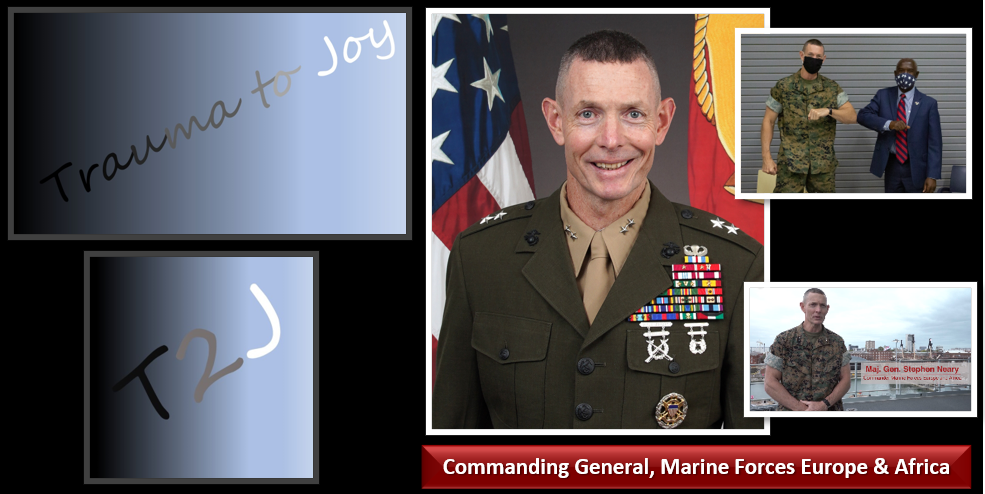 Below is an excerpt from a Stars & Stripes article entitle Marine Corps general under investigation for using racial slur is relieved of duty (click on the link to read the full article):

Marine Commandant Gen. David H. Berger relieved Neary on Monday “due to a loss of trust and confidence in his ability to serve in command,” the Corps said in a statement. The Marine Corps previously said that the investigation was connected to the use of a racial slur but declined to go into detail. Stars and Stripes reported earlier this month that the two-star general’s actions were being probed for using the word during a training event at his Stuttgart-area headquarters.

The incident occurred in August on the parade field outside Marine Corps Forces Europe and Africa headquarters in Boeblingen, Germany. A lance corporal who was present told Stars and Stripes that Neary used the N-word while Marines were doing physical training outdoors with loud music playing. Some of the rap music incorporated the word, which prompted Neary to ask the junior Marines how they would feel if he said it, the lance corporal said.

The Marine, who spoke on condition of anonymity for fear of retribution, said Black, white and Latino Marines were jolted when the general said the word. Even if Neary was attempting to be instructive about the taboo nature of the word, it came as a shock to hear it from a white general officer, the lance corporal said.

“He lost respect right there,” the Marine said.

As the weeks passed and Neary remained in command, several Marines brought the matter to the attention of Stars and Stripes.

So… playing the music what has the “n-word” in it… which is condoning and promoting its use… is ok… but using that same word as you correct those under your command gets you relieved?  Were those who played that music discipline?  Does that not seem like a double standard to anybody?  If the DOD is saying that that word is wrong… then isn’t it wrong for everybody?  We’ll talk about it.