I watched ‘WHAT KILLED MICHAEL BROWN?” last night, the documentary by Shelby & Eli Steele… you should too + enough of the ‘Chicken Little’ nonsense 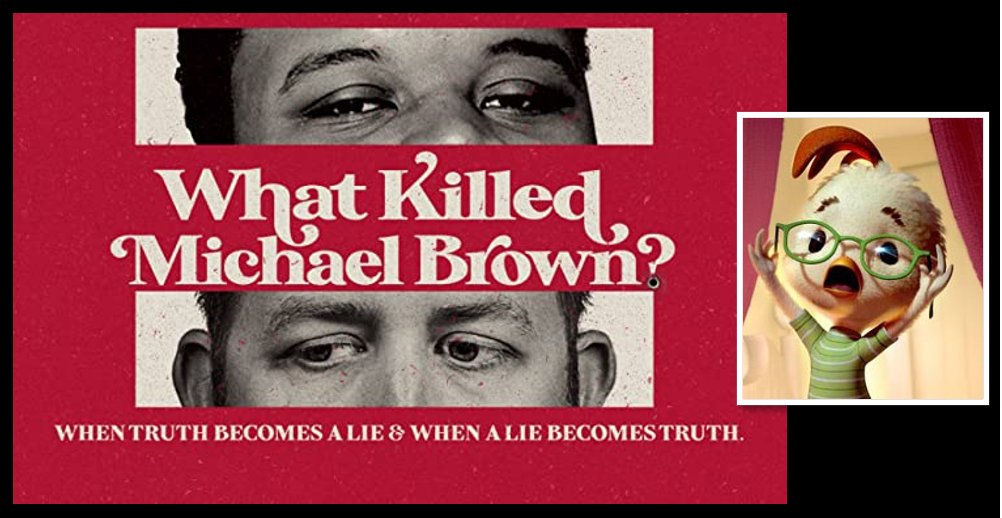 I have read some of Shelby Steele’s writings and have always been impressed by his knowledge about race… its history and his view of the path to a better place for any race.  I also was a bit surprised when I read that Amazon had rejected Steele’s documentary “What Killed Michael Brown?”  for “inappropriate content” — did I read that right?  So I read it again, Amazon wrote that the documentary “doesn’t meet Prime Video’s content quality expectations.”  Huh?

In spite of saying they would not reconsider the decision, low and behold… “What Killed Michael Brown?”  is now available on Amazon… but in a very restrained way — purchase only for either $13 or $20 (regular or HD) and not for streaming which would normally be free (Amazon Prime members) or for less than $4.  Hmmmmmmm

I of course watched it… in HD… and it is a clear powerful message about what it takes to succeed — and if you’re waiting for the ANY government that will create a program so that you can succeed… you’ll be betrayed.  YOU are the solution to YOUR problems.  But white fear of being called “racists” and the inclination of black leaders to blast what Steele calls the “poetic truth” of events like Mike Browns killing — which he demonstrates was completely justified… keep black communities impoverished.

There is a message there for all of us as Steele tells his family’s story and contrasts that with the world Michael Brown grew up in… WE are the solutions to OUR problems.