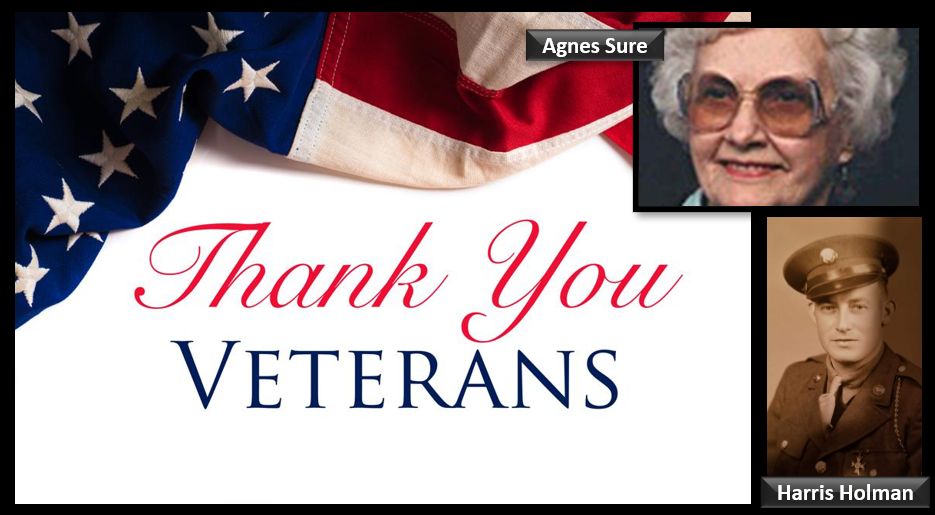 When I was doing an “over the air” talkshow on the North Dakota/Minnesota border (the city was Grand Forks ND) I had the privilege of meeting what I would call “Hometown Heroes.”  They were people who live in town or in the surrounding area that happened to be eyewitnesses to history… you’ll meet two of them today.

First is a man I met by complete accident… his name is Harris Holman and he was a US Army Ranger at Normandy and participated in the scaling of the cliffs at Pointe du Hoc… one of the Army’s truly remarkable operations of World War II.  Harris’s daughter called to recommend him as a guest after I could find nobody who was at Normandy on June 6, 1944 who would be able to come on my show — everybody was “at the lake” as is the summer custom in the Upper Midwest.  What you’ll hear is a completely impromptu interview… and one of my favorite interviews of all-time.

Second is a similar interview with a woman by the name of Agnes Sure who was a US Navy Nurse at Pearl Harbor on December 7, 1941 when the Japanese attacked.  She was on the USS Solace, a hospital ship that was anchored in Pearl Harbor that fateful day.  Agnes’s story is the wonderful story of a girl who was born on a farm in rural Bottineau County… on the North Dakota/Canadian border… I picture her growing up much like the show “Little House on the Prairie” — she becomes a nurse and then joins the US Navy in 1938 which takes her through the Panama Canal and out to Hawaii in the fall of 1941.  Agnes retires from the Navy but continues serving and winds up in Afghanistan.  Her story is a wonderful story… and another all-time favorite of mine.

Enjoy… and thank them for their service.