THE ALL MARINE RADIO HOUR: Tim Loranger represents families involved in a lawsuit against BAE Systems who made the AAV that sank a year ago off the coast of California killing 8 Marines & 1 Sailor – he talks to us 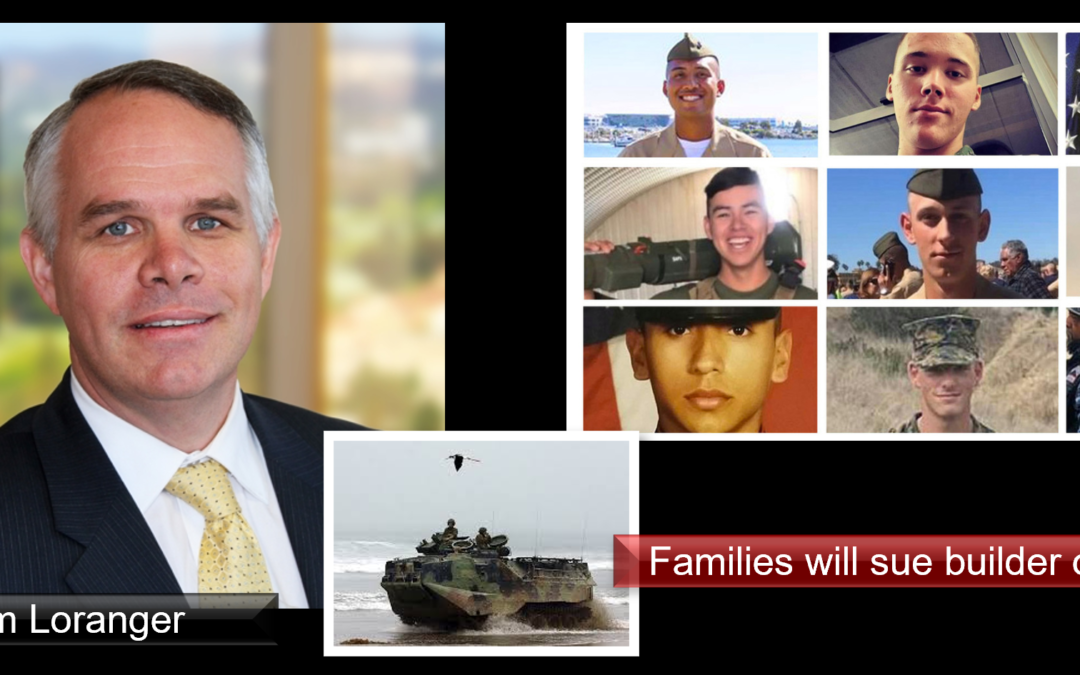 Tim Loranger joined the Marine Corps out of high school, got out of the Marine Corps and became a lawyer.  He currently represents families that announced last week that they would sue BAE Systems, the maker of the AAV that sank, for design flaws that contributed to the incident.  Tim joined ALL MARINE RADIO to talk about his career and the lawsuit.

You can watch the press conference that the families held last week HERE.