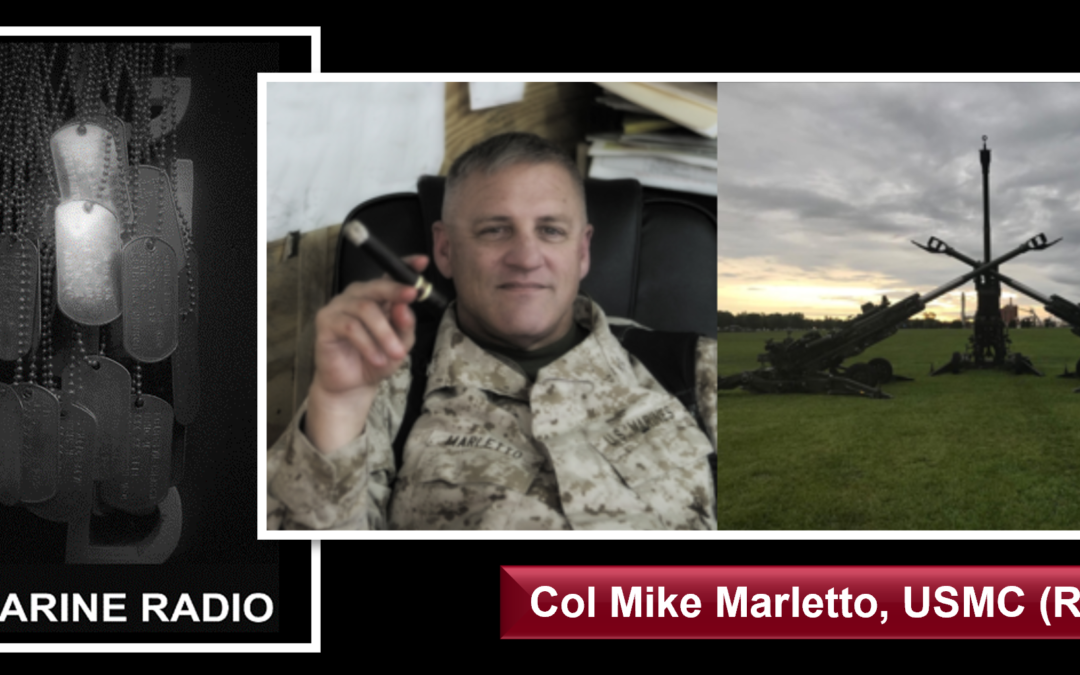 I had heard about Col Mike Marletto while I was deployed to Iraq in 2004 as part of the Division Staff of the 1st Marine Division led by MajGen James Mattis; everyone who spoke of Col Marletto spoke of him with great respect.  I finally met Mike when he sent an email to ALL MARINE RADIO in 2017 introducing himself and telling me what a fan he was of the idea and wishing me all the success in the world. Today you’ll get a chance to hear Mike discuss: