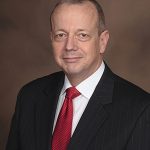 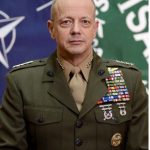 General John Allen, USMC (ret), joined ALL MARINE RADIO to discuss American actions in Syria and what those actions may signal for the future.

Allen discusses the need for a coherent strategy for the two problems in Syria: (1) President Bashar al-Assad’s removal and (2) ISIL which as eluded the United States for the last eight years.

Allen comments on an interesting point relative to the Syrian strike — the “information operations” aspect as Russia, Iran, China and North Korea take in the actions of the Trump Administration.