END_OF_DOCUMENT_TOKEN_TO_BE_REPLACED

NEWS & COMMENTARY: “acting” SECDEF Patrick Shanahan, he’s not a “yes or no” guy… he’s a make it work guy. Would James Webb work for Trump?

END_OF_DOCUMENT_TOKEN_TO_BE_REPLACED 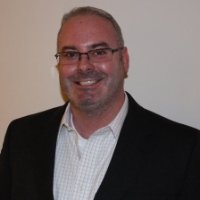 Pat Murray, Cpl USMC (ret), joins the program to discuss his experience at Turner Construction.  Pat joined Turner after he was medically discharged from the Marine Corps as the result of being wounded in Fallujah in 2006.

Pat discusses his lack of construction experience and how his leadership experience in the Marine Corps combined with mentors that Turner provided the solid basis for him to excel as a project manager at Turner.