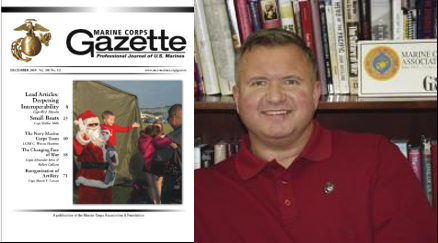 END_OF_DOCUMENT_TOKEN_TO_BE_REPLACED

MARINE CORPS GAZETTE HOUR: “there is a flippin’ equal sign between discipline in garrison & discipline on the battlefield” – Chris Woodbridge

END_OF_DOCUMENT_TOKEN_TO_BE_REPLACED 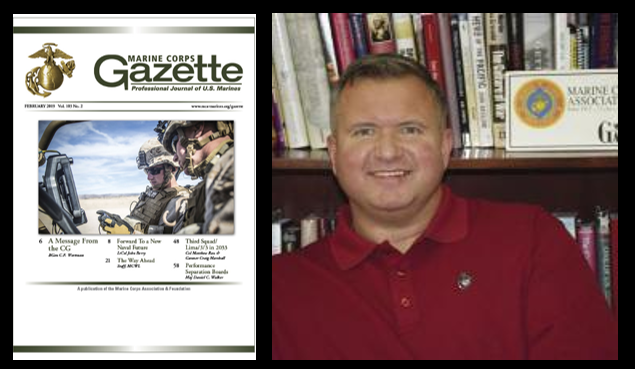 END_OF_DOCUMENT_TOKEN_TO_BE_REPLACED

“Innovation” is the theme of the February issue of the Marine Corps Gazette — Iwo Jima, Khe Sanh & Hue in the pages of the Gazette archives 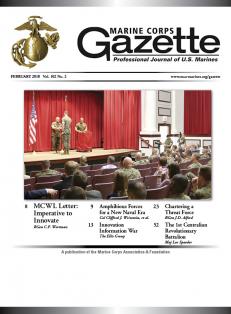 We’ll talk about the theme of “Innovation” in the February 2018 edition of the Marine Corps Gazette with the Editor & Publisher Col Chris Woodbridge, USMC (ret).

With the anniversaries of epic Marine Corps battles such as Iwo Jima, Hue and Khe Sanh this month, we’ll also talk to Chris about the literary treasure trove that resides in the digital archives of the Gazette.

by Michael F. McNamara | Feb 16, 2017 | Leadership, Marines on Management, Transitioning From the Military

Mike Grice, Col USMC (ret), joins us to talk how Marine Corps Leadership translates and fails to translate into Private Sector Leadership qualities. Mike is the author of “Orders to Nowhere:  the after action report from a career Marine’s transition back to the civilian world”